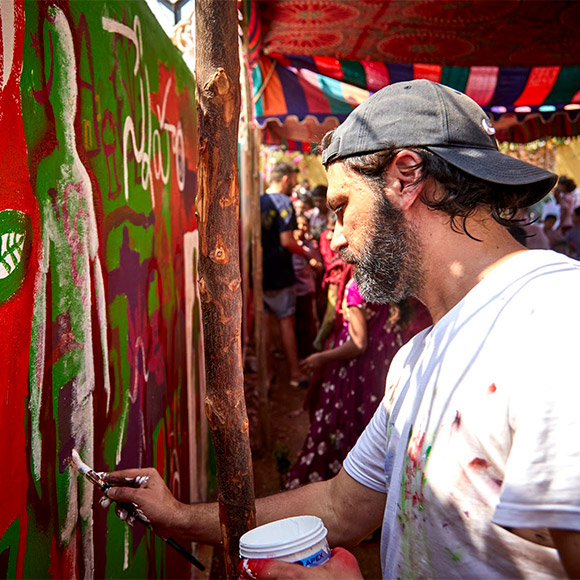 Tomeu was born 1979 in Lloseta (Majorca). Tomeu started to paint in his early years and carried on with this passion since then. He studied in Palma and since the year 2000 he had various exhibition’s in Majorca and mainland Spain.

For Tomeu the connection of words and paintings is interconnected. Creation has a thousand languages ​​and paths, and allows us to walk among stories full of colours and sounds, narrated through a painting full of poetry or a literature full of nuances. Individually, painting and literature convey full emotions and sensations, but if they interact, they send us a message which has much more strength. Bipolarity, in addition to a test of the artistic maturity of Tomeu Coll, is also the willingness to show the pairing of different creative languages.

It is very easy to check, through the exhibitions in which he has participated, either individual or collective, that Tomeu Coll has very much in mind the power of the word to accompany the textures, the roughness’s and tonalities of his creations. Dialogue, memory, silence, heart, earth, air, path, restlessness and feelings are words present in his career as a painter and in the titles of his creative works.

Tomeu Coll, who is known for using a visual language where abstraction and figuration coexist, plays now with the combination of colour and word. 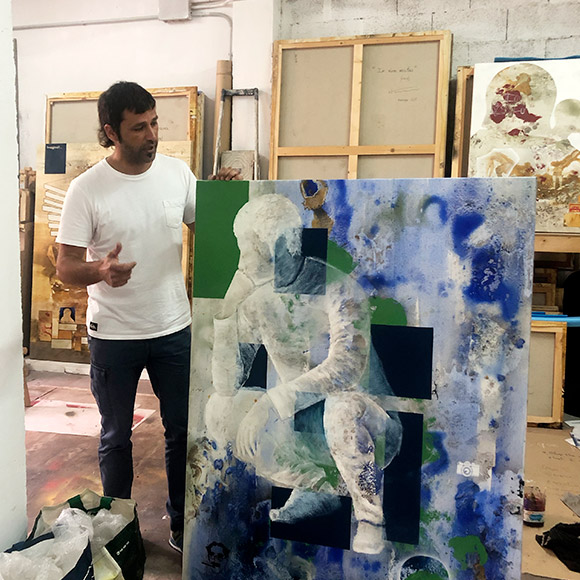 In vino veritas I