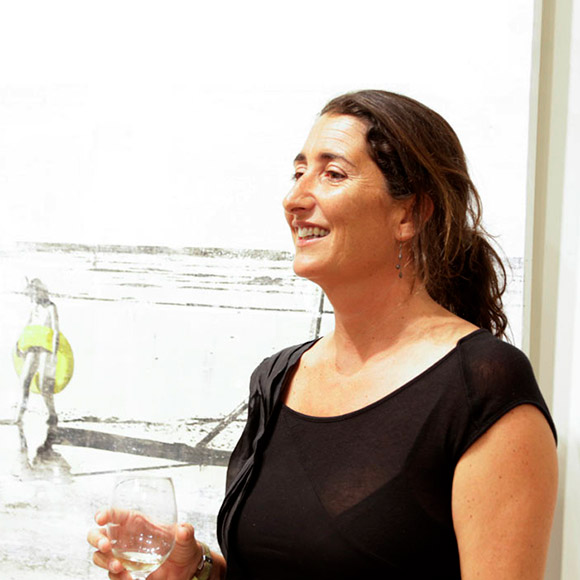 She studied primary and secondary education in Palma de Mallorca, until 1994 when she moved to Barcelona to pursue a degree in Fine Arts. She started to specialise in Sculptural Behaviour and Design and graduated from the University of Barcelona in 2000.  After that she carried on with a postgraduate degree and worked in Barcelona until 2007 as a graphic designer.

Her current art work is inspired by Spanish author Carles el Saure: “First was the canvas: white, satin, like a wall of higher height. The canvas absorbed, cancelled out all the clarities that came from my eyes. Then it was iron. Iron corpses after a storm, skinned, uprooted. As with autumn. The iron took, annulled all the forms that were detached from my hands, like a skeleton of hardness.”

First Núria is always on the search for old iron pieces in the fields and grounds of the Majorcan countryside. After processing the iron and to ensure that no further oxidation takes place images are going to be transferred to the iron. These images Núria took herself or found during research. The next step is to enhance the image by using paint and colours to create the effects Núria is looking for and the beautiful colours for her Ar#ises. Seabed series. 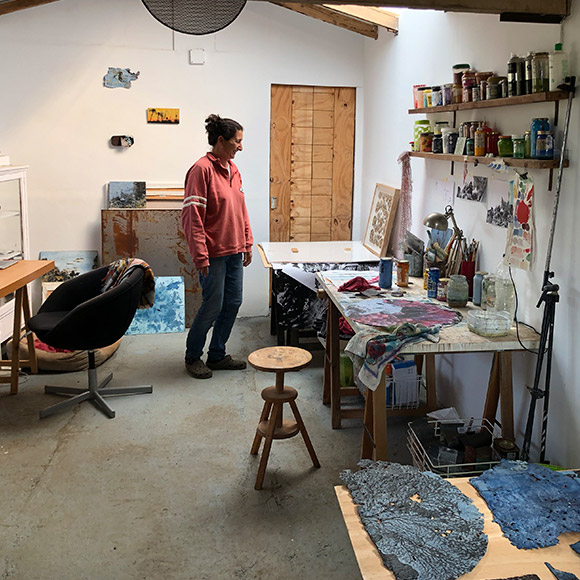