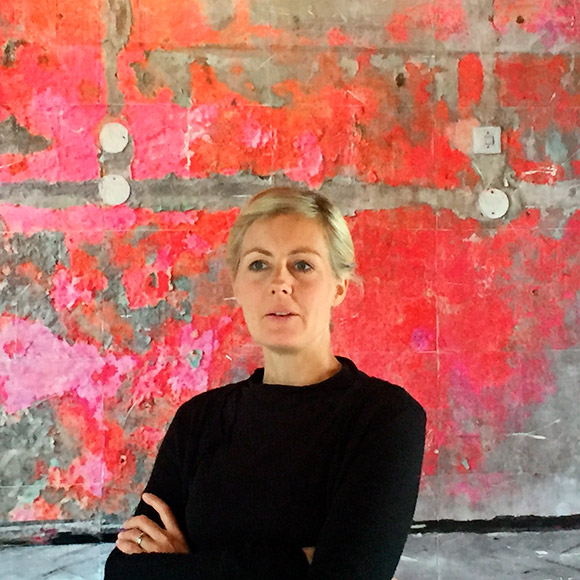 Maja Zenz was born in 1975. Originally from Ludwigshafen am Rhein, Germany, she has been living in beautiful Zurich since 2017.

Her collages are based on her own photography. However, photography – as a visual inventory in which she captures moments and motifs – is only the starting point for her works. By tearing, folding and collaging the photographs on canvas, a visible structure of broken paper is created, giving the impression of a geometrical pattern that lies like a grid over the scene and gives the works an additional materiality. Through the accentuation with acrylic paints, oil pastels, graffiti paint and pens, the photographs slowly disappear, so that the motifs seem to become unreal.

Her series Lost places deals with urban vacancy. The works reflect the gradual decay of forgotten buildings in a surprising aesthetic and beauty. Her Industrial series from the Zeche Zollverein and Hansa coking plant illustrates the impressive architecture of former industrialization. Her series Blurred & Transience takes up the beauty and imperfection of wilted flowers. All her works deal with the matter of transience and temporality.