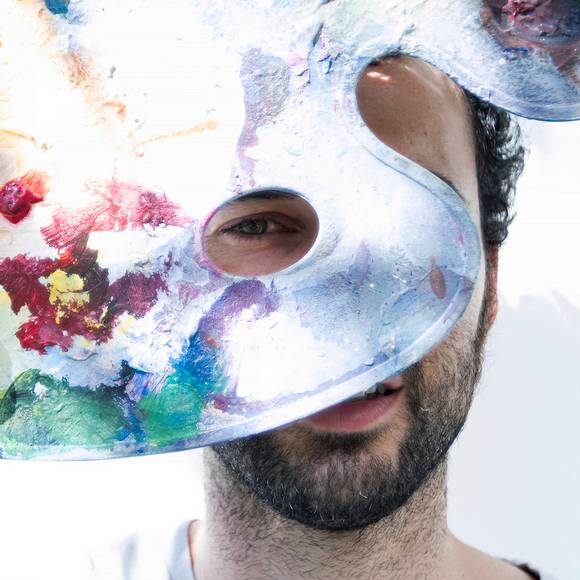 Sath opened his eyes for the first time in 1983. After several years as an autodidact painter, in 2004 he enrols on Graduate Diploma in Graphic Design in the city of Palma.

Sath uses figurative elements to create colourful pieces slightly surreal, and impossible situations or actions, but never neglecting the message. Everyday life situations melt and transform into new ones, implying a change of meaning from its original context. He pursues the idea of the re-contextualization as a tool to construct new meanings.

Using spray and acrylic paint as main colouring technique since 2002, this visual communicator shares his curiosity and thoughts through painting art, either on canvas or making a different use of urban environment mainly outside of the context of traditional art venues.